It has been suggested that conflicts or disputes that involve strongly held values/beliefs are the most difficult to resolve. Is this always the case? Are there specific ways to address these challenging cases and increase the potential for resolution?

To answer these questions, it’s essential to understand more about the nature of conflict, what values/beliefs are, and how to deal with values/beliefs conflicts, in particular.

Conflict has been defined by various scholars in a variety of terms and phrases to capture the essence of the concept. Some have used the word ‘struggle’ to convey the hardship that people feel and the efforts they put into achieving their ‘goals’[1].

Another definition may focus on the ‘interference’ [2] between what one wants and what others want. And the other one may concentrate on the ‘goal incompatibilities’ [3].

All the definitions, though different in wording and the areas they focus on, have something in common. They all try to convey a state of being different among two or more parties, which has caused hardship and discomfort.

Professor Michael Dues provides a very concise definition of this very complex concept: Conflict is a Discomforting Difference [4]. This succinct definition offers the opportunity to look closely at ‘conflict’ with an open mind and observant eyes, to explore and understand the nature and process of managing conflicting  values/beliefs.

Conflict is not all about struggles, battles, clashes, serious disagreements, or even goal incompatibilities. It does not need to be expressed, nor is it just about interfering needs. It merely is ‘A Discomforting Difference’; and therefore, any conflict has two primary components:

What Are Values/Beliefs and What is a Value/Belief Conflict?

Values/beliefs are moral principles that direct our decisions about good and bad, or right and wrong. These principles are people’s beliefs, shaped within and internalized, through years of constant exposure to a specific philosophy of life, or an understanding of good and bad. These long-held beliefs shape the way people understand and interact with the world. From choosing the objectives to finding out the means to achieve them, values/beliefs play a significant role in directing people towards the ways that, as they believe, are good, better, or right.

Values/beliefs form through time. As we grow and interact with our immediate environment and people around us, we gradually, and steadily, learn and internalize our definitions of ‘good’ and ‘bad’: a series of profound perceptions that will form the foundation of our value system and core beliefs. Over time, if there are limited contradicting or competing values/beliefs, the values and internal beliefs get stronger and more rigid; and the deeper a value/belief is held by a person, the more difficult it becomes to change.

A value/belief conflict, therefore, is a situation in which parties hold different sets of inner and moral beliefs, and this difference is discomforting for at least one of the parties.

By nature, human beings are hard-coded to always minimize their discomforts. If they are hungry, they will search for food; and if they feel cold, they build shelters. The same goes when people feel uncomfortable (discomforting) feelings in response to a value/belief conflict: they naturally try to minimize the discomfort.

The challenge emerges when (at least) one side of the conflict attempts to directly target the other person’s values/beliefs by delivering a multitude of logical reasonings, trying to convince the other person to change. Beliefs and inner moral principles, as mentioned above, are core parts of people’s identity, and directly targeting them is, in essence, attacking their identity itself. In response, it is utterly natural to face solid resistance, since others will start defending their identities against this blatant push.

Comprehending the nature of conflict, makes it easier to identify possible ways to deal with value/belief conflicts. Managing such a conflict requires either

A) both sides of the conflict to come to a 100% agreement on a mutually agreed-upon values/beliefs, and hence shifting their values/beliefs to the new ones, or

B) in absence of a mutually agreed-upon values/beliefs, for the difference not to cause a conflict, it should be ‘not discomforting’ for all parties involved.

Below we will dive into these two options.

A – Changing the Values/Beliefs (Removing the Difference)

Values/beliefs can change, but their transformation, the same as their formation, needs time. It cannot be done in a single sitting. People resist changing their values/beliefs, because they believe their value system makes sense, and it works for them.

1 – personal experiences, in which, one repeatedly selects an option that is aligned with their values/beliefs, but the choice will not benefit them, or

2 – observing others experiencing failure because they have followed their old values/beliefs.

This strategy to change one’s values/beliefs is a one-way, top-down approach that doesn’t take into consideration others’ wants and needs. Instead, one party devises a careful step-by-step plan to (directly or indirectly) educate (or manipulate) the other person. In fact, this is one primary process through which, in many cultures, values and beliefs take form: through very small and manageable punishments. Experiencing such punishments, one might come into this belief that wearing a seat belt is a good decision to avoid a ticket!

However, one consequence of this strategy is that it might not be viable and sustainable in the long run. It needs to be monitored and actively reinforced for a relatively long time for ‘acquiescence’ to transform into ‘acceptance’.

B – Turning the Difference Into a ‘Non-Discomforting’ One

This option provides a more viable solution to manage value/belief conflicts. The assumption here is simple: parties were unable to reach a mutually agreed-upon set of values/beliefs, or there are still some values/beliefs that are different between parties.

The goal here is to reach a state in which the difference exists between parties’ values/beliefs, but it is not discomforting for them.

For that to happen, both parties need to learn from each other. They need to understand why the other side believes in that set of values/beliefs and how important it is for them, and why.

It requires meaningful, constructive, positive, and 2-way conversations with an unconditional open mindto understandand learn on both sides of the conflict.

This mutual understanding will not happen, if any side of the conflict, at any time during the conversation, suspects a direct push (attack) intended to change their values/beliefs. As soon as they perceive any sign of impending attempt to question their values/beliefs, defensive walls will be raised, listening and understanding will begin to wane, and emotions will start to flare.

The best approach will be asking questions, probing for answers, and genuinely trying to understand underlying beliefs through effective and active listening.

So often, values/beliefs conflicts will produce an emotionally charged environment between parties. In such situations, having an impartial third party will help guide the two sides of the conflict navigate turbulent waters, take control of their emotions, and increase their mutual understanding (learning).

This strategy does not focus on ‘changing values’, on the contrary, it highlights again and again that both sides have their respective values and beliefs, and to manage the conflict they don’t need to forcibly change any of them.

This higher set of values/beliefs will definitely have ‘respect’ as the first goal/value to achieve. Since both parties first need to learn to respect others’ beliefs and values, in order to be able to move on and think about a feasible strategy. Without having respect, parties will be in attack-and-defence (survival) mode, and they will continue to fight over their raised fortresses.

As an example, one group of people may feel very strongly against oil pipelines, while the other side unfailingly advocates for cross country pipelines. These two totally at-odds positions are based on values and strongly held beliefs that will not be possible to change.

The question is: can they find a strategy that can respect both values at the same time?

To reach that, both sides need to ask questions and learn about each other. While one side believes in protecting and securing a healthier environment, the other side is focused on economic benefits, jobs, and the cost of living.

Both parties’ understanding and learning about underlying beliefs will help them devise a plan to secure and gain from economic benefits while using a portion of those benefits to build for the future infrastructure for clean energy.

Managing value conflicts, though difficult, is indeed possible. Understanding conflict as a discomforting differenceprovides an efficient framework to either focus on resolving the difference, or manage the discomfort for all parties involved, in case the difference (or some part of it) still persists.

[2] Shearouse, S. H. (2011). Conflict 101: A Manager’s Guide to Resolving Problems So Everyone Can Get Back to Work. American Management Association (AMACOM). 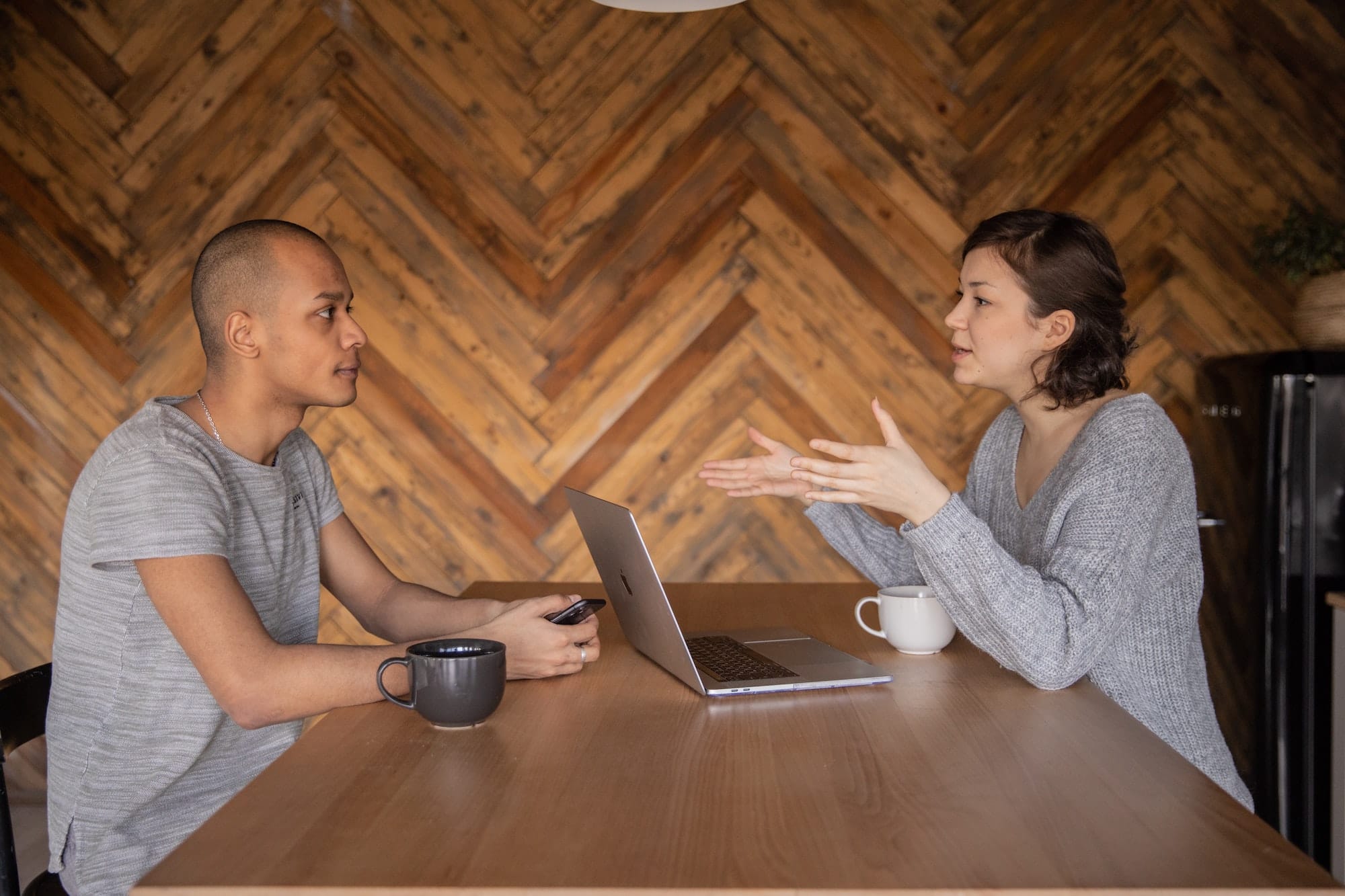 From Conflict to Dispute The overuse and dramatization of the word ‘conflict’ in contemporary media, by employing terms such as armed conflict, countries affected by

Why Cybernetics In classical binary logic, Aristotle’s principle of non-contradiction states that things cannot be ‘A’ and ‘Not A’ at the same time, and therefore, everything can

Basic Notions – Disturbance or Perturbation Adding to the complexity of the example depicted above, should forces change their directions or magnitudes in a way